Old Nashville Highway was previously named “The Dixie Highway, “or US 41-70, with the purpose of connecting the North to the South.  It was part of National Auto Trail system, and grew out of an earlier Miami to Montreal highway. The idea of connecting the two regions was that of the automotive and real estate entrepreneur, Carl G. Fisher.  Fisher served on the Lincoln Highway Association which organized the Lincoln Highway, the first road across the United States. He then brought the idea to Chattanooga in 1914.   At this time, most southern states had thin and often treacherous dirt roads – those became extremely difficult to travel during severe weather. Flash flooding in particular brought hazardous conditions for travelers, causing mud slides and flooding.  Though automobiles were available at this time, they really only appealed to a niche market, so these dangerous dirt roads were mostly traveled by horse and buggy. Residents in La Vergne also say that rocks covered the road at one time giving it an ancient Roman look.

Late in the 19th century, the federal government instituted the Rural Free Delivery service, offering mail delivery to farmers, freeing them from hours spent traveling to and from town for mail pick up. In response to the US Post Office’s refusal to accept applications for delivery where the roads were not passable throughout the year, farmers began to improve their local roads and joined Good Roads associations. The Dixie Highway was overseen by the Dixie Highway Association, and funded by a group of individuals, businesses, local governments, and states. However, The Dixie Highway Association was disbanded in 1927 when the U.S. Route system took over.

With the completion of The Dixie Highway, small rural towns like La Vergne became more accessible, bringing a much needed economic impact.  The western route ran from Nashville, on US 412 to the Sam Davis home in Smyrna, then to Murfreesboro continuing south to Tullahoma, and eventually hitting East Tennessee in Chattanooga.  From here, the highway would run through Georgia farther away from Tennessee.  Country artist Alan Jackson wrote and sang about those parts in his song titled “Dixie Highway.” 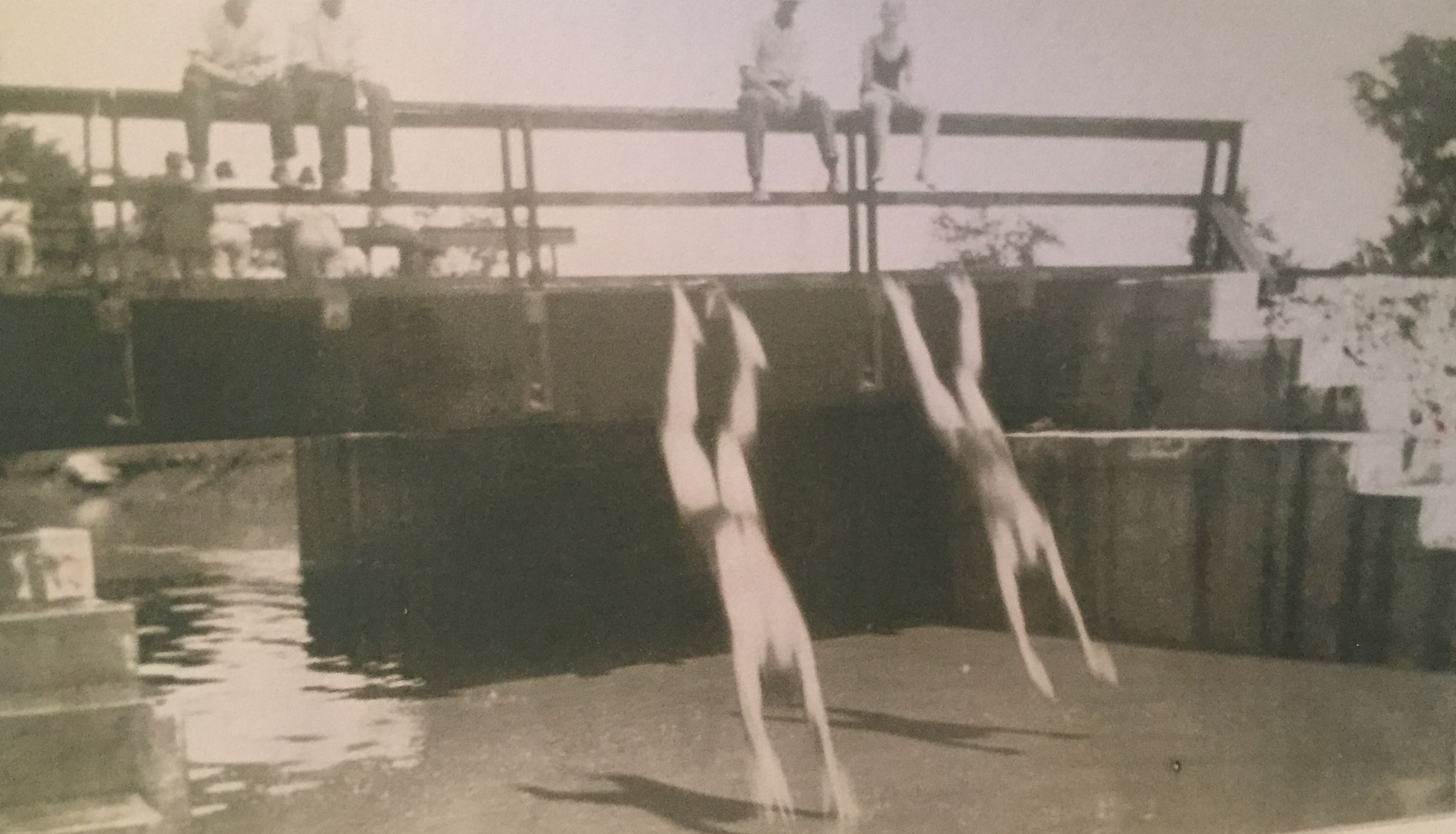 Years after the completion of the Dixie Highway, the state decided to change the name of the highway to Old Nashville Highway.   In La Vergne, Old Nashville Highway runs under a railroad overpass that still stands today. Larger trucks couldn’t go under the railroad overpass and had to travel through Mrs. Annie “Tude’s” Bruer’s place and pay a small fee in the 1920s. At right is a picture of when the underpass flooded in La Vergne.
Fisher may not have ever realized that his idea of a road connecting the north to the south had in fact helped fill the dark chasm that was left with the American people after the Civil War.  This highway brought people together, and produced more businesses and opportunities for small towns. The industrial revolution was booming, making way for more opportunities.  Today, Old Nashville Highway isn’t much different than it was in the late 1920s, with the exception of an increase in commuters and higher-quality road infrastructure.

Former La Vergne Mayor Dennis Waldron proposed “getting the ball rolling” when it came to plans to widen the highway. “I want to decrease traffic congestion, and allow for a smoother route for motorists traveling to and from Smyrna,” said Waldron.  “It is our turn to further progress Old Nashville Highway.” The city is currently looking for funding to purchase rights-of-way, and looking to eventually get design plans in place. President Theodore Roosevelt once said, “Roads tell the greatness of a nation” – what will Old Nashville Highway tell of La Vergne in years to come?

The Tennessee State Library and Achieves