Create an Account - Increase your productivity, customize your experience, and engage in information you care about.

The La Vergne Police Patrol Division is the largest unit within the department. Patrol officers are generally the first contact citizens have with the La Vergne Police Department. Of the department's 68 sworn positions (budgeted), 48 serve withing the Patrol Division. These officers respond to emergency and non-emergency calls for service by citizens 24 hours a day, 7 days a week, 365 days a year along with in-progress crimes.

All La Vergne police officers receive extensive training in order to be prepared for any situation they are called to. Their duties include but are not limited to report writing, traffic law enforcement, transporting prisoners, attending court and ongoing training. All officers who are not already Tennessee P.O.S.T. Certified (Peace Officers Standards and Training) must go through an extensive 12-week training academy program and receive a minimum of 80% on their final test.

Three lieutenants are in command of the on-duty officers. They are totally responsible for their shift including scheduling, recommending training, handling any complaints (personnel or otherwise), and anything concerning the operation of their officers on shift.

The Patrol Division consists of three shifts: 1st, 2nd and 3rd. Each shift is made up of a lieutenant who serves as the Patrol Commander, two sergeants and 13 patrol officers who all rotate in four ten hour shifts. 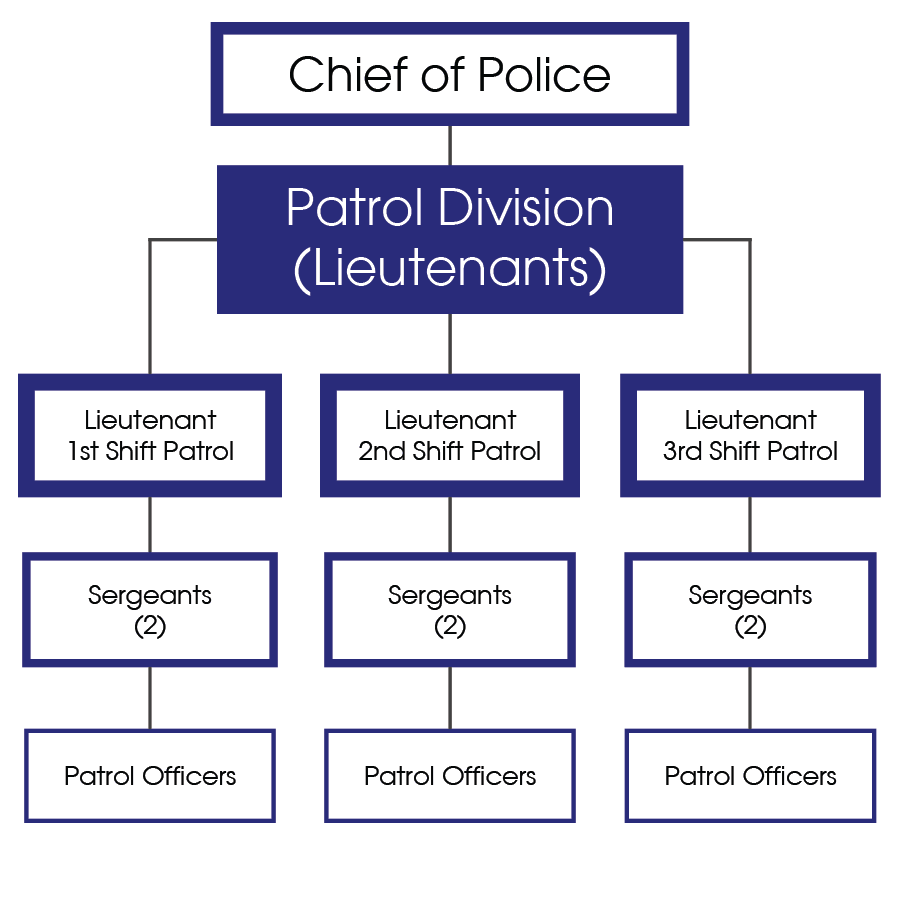 Officers assigned to patrol handle the overwhelming majority of calls for police services including crimes in progress or traffic crashes, crime reporting, assisting motorists, as well as traffic control duties. Patrol officers maintain a visible presence in the business and residential district throughout the city limits as they serve the citizens and visitors and enforce the laws of the State of Tennessee and the City of La Vergne.

To cover the City's 25 square miles and 180 miles of streets and roads the department divides the city into 4 to 5 zones depending on the number of officers on duty during any given shift. The Patrol Division utilizes marked police vehicles to cover as much of the city as possible, responding quickly to calls for assistance and are constantly proactive, watching for suspicious or criminal activity that may require police action.

Field Training Officers (FTO) are experienced or senior members of our organization. They are primarily responsible for training and evaluating new members of our police department who have recently graduated from the academy. FTOs are required to have a minimum non-probationary experience with the La Vergne Police Department.

When officers graduate the 12-week academy they are assigned to an FTO for a minimum of 16 weeks of training before being released to work a patrol shift by themselves. During their training, a "rookie" officer may be assigned to three or four FTOs.

Every day FTOs must complete daily observation reports (DOR) concerning strengths and weaknesses in the "rookies" they have been assigned. FTOs may also be put in a position of "shift leader" in the absence of a sergeant or lieutenant. 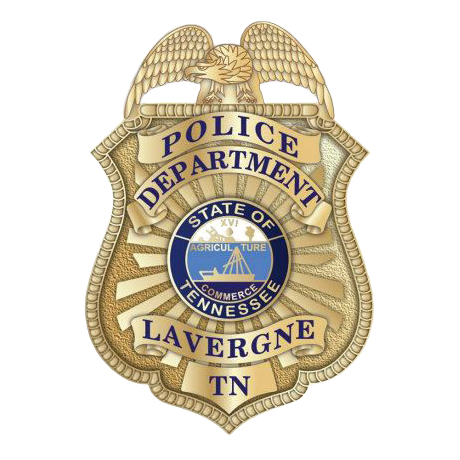